How to move Apps Between Multiple Desktops in windows 10 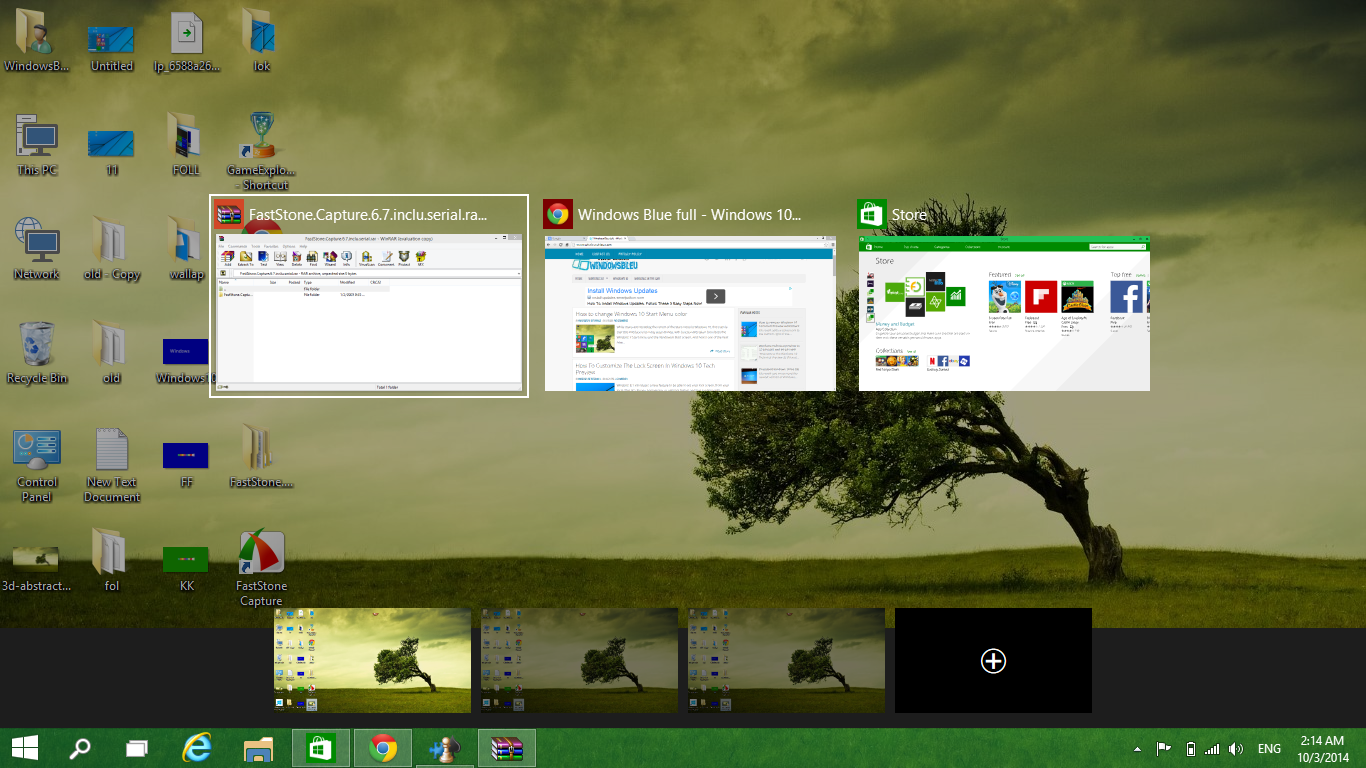 As well as bringing back the Start menu, complete with customisable Live Tiles, Microsoft has confirmed that users will be able to open Windows 8 Metro apps in a windows on the desktop, rather than in full screen.Now with Windows 10, Microsoft is finally providing access to multiple desktops so you can group apps as you see fit. But it's not immediately obvious whether you can move apps between these desktops. As it turns out, you can. Here's how.

1- The virtual desktops feature in Windows 10 is called “Task View” and is located on the Taskbar.By clicking the “Task View” button brings up the Task View interface.

2- When you open the Task View interface for the first time, or you only have one desktop, the “Add a desktop” button is available.but if you already opend it you will see many desktop so Click it to add  new virtual desktop as you can see in the picture below.

Windows indicates when a program is open on other desktop be putting a line under that program’s icon on the Taskbar. Clicking the icon not only activates the program, but also the desktop on which it is open. 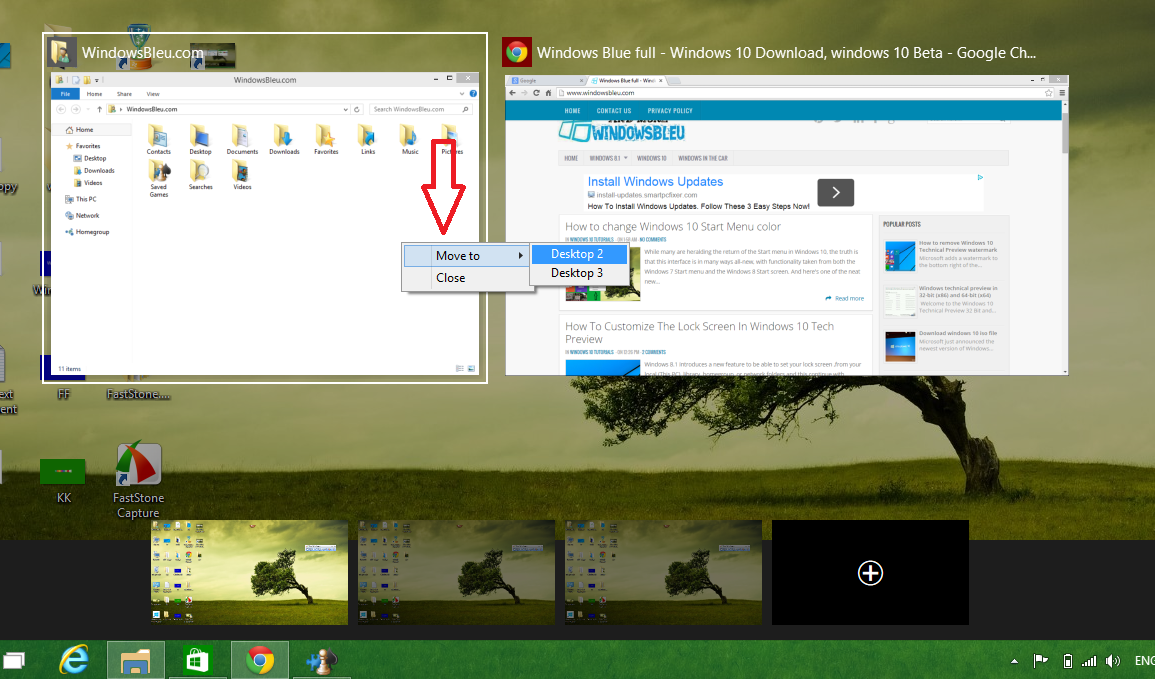 How to move Apps Between Multiple Desktops in windows 10 - Video

That’s the main thrust of what Microsoft has revealed for now, but given the OS won’t get a consumer launch until later in 2015, there’s plenty of time for Microsoft to develop the full picture as time goes on
Tweet
Labels: Windows 10 Tutorials