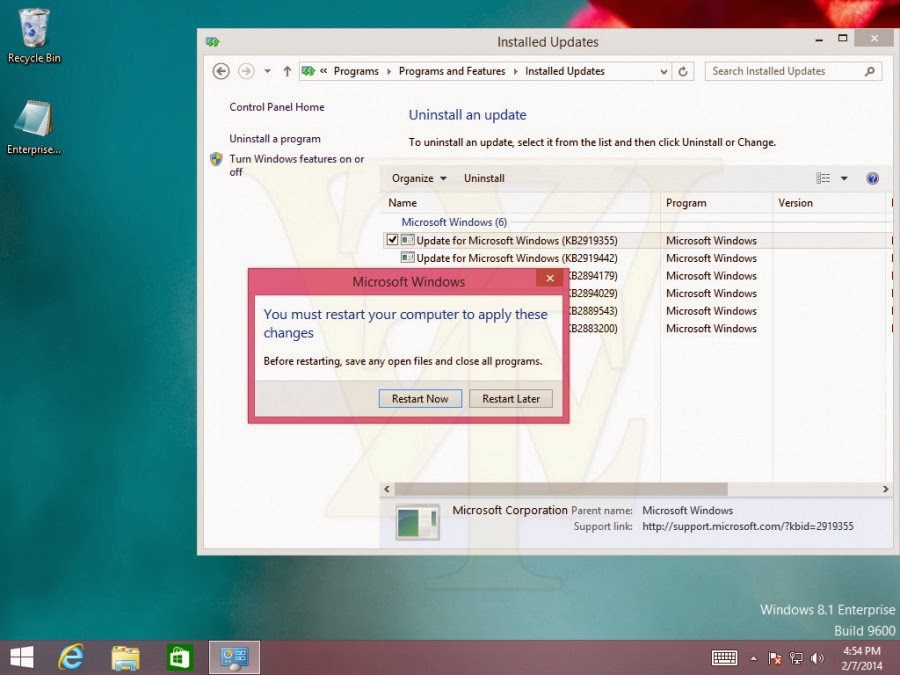 Windows 8.1 Update 1 was reportedly delayed by Microsoft until April, but that doesn’t necessarily mean that the company would stop work on the first Windows 8.1 pack of improvements .As Redmond continues to improve the update, more leaks are reaching the web
Windows 8.1 Update 1 had hit RTM Escrow, which means development has stopped and finalizing has begun. Everything is now in place for Update 1 and no new features are set to be added.

At the moment, the leak pertains to x86 and x64. There will likely be a separate update for ARM platforms. Update 1 for Windows 8.1 features a host of minor tweaks and improvements, including updated taskbar functionality, Modern UI changes and much more.

While details are very scarce for the time being, we should expect only minor changes as compared to the first leak that went online last week, as Microsoft is most likely trying to improve performance and fix some of the bugs in the first builds.
Tweet
Labels: Windows 8.1, Windows 8.1 Tutorials