Home » Windows 8.1 Tutorials » How to pin Modern apps to the Taskbar in windows 8.1 update 1

How to pin Modern apps to the Taskbar in windows 8.1 update 1

in Windows 8.1 Tutorials - on 4:27 PM - No comments
Following weeks of speculation and rumors, a purported early build of  Update 1 for Windows 8.1 has leaked online and available on a number of file sharing sites and our website too. The download reveals a lot of the features we’ve been hearing about since Update 1 screenshots started appearing. The update itself is expected in March or April.

Taking a closer look at the system,window captures do reveal Windows 8.1 Pro with the April “Update 1”. The most fascinating part of the this build though, is the Windows Store button pinned to the taskbar.and to do so you just need to Right-click on any apps then pin to taskbar,and if you want to unpin it Right-click then chose Unpin from taskbar 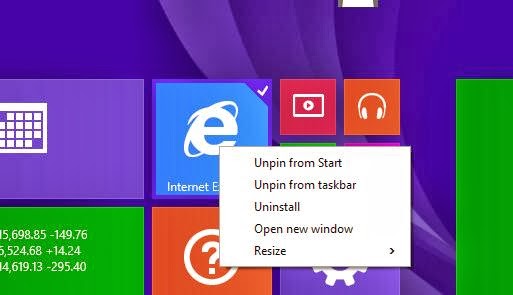