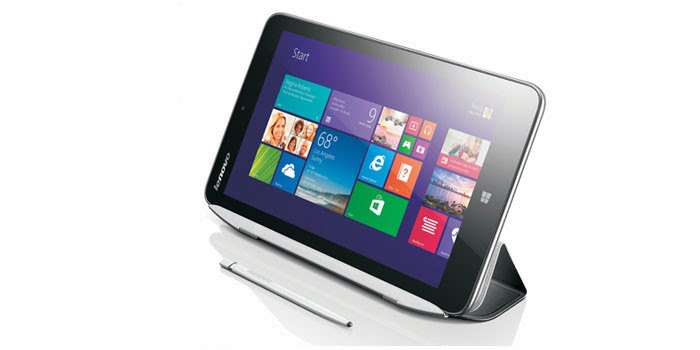 The age of Windows powered tablet is well and truly upon us now. Along with Microsoft’s refreshed deluxe Surface slates, a number of manufacturers are preparing small yet powerful, feature rich yet affordable tablets powered by Windows 8.1.

And fittingly for its status as the leading PC maker, Lenovo has also lined up several new Windows 8.1 devices, from sleek ultrabooks to stylish all-in-ones, electrifying convertibles to deluxe tablets. One member of company’s new tablet lineup has just been officially announced — the Miix2.

It flew under the radar all this time, but now the company has made it official. The Miix2 tablet sports an Intel Bay Trail-T quad-core processor that powers the 8-inch 1280 by 800 resolution screen.

When it comes to memory, 2GB of RAM comes standard, and users will have a choice of either 32G of 64GB of onboard storage, expandable via the included microSD card slot. Two cameras can be found on the tablet — one with a 5 megapixel rear lens, and another a 2 megapixel front facing one.


Please always link back to this article by copying one of the codes below.